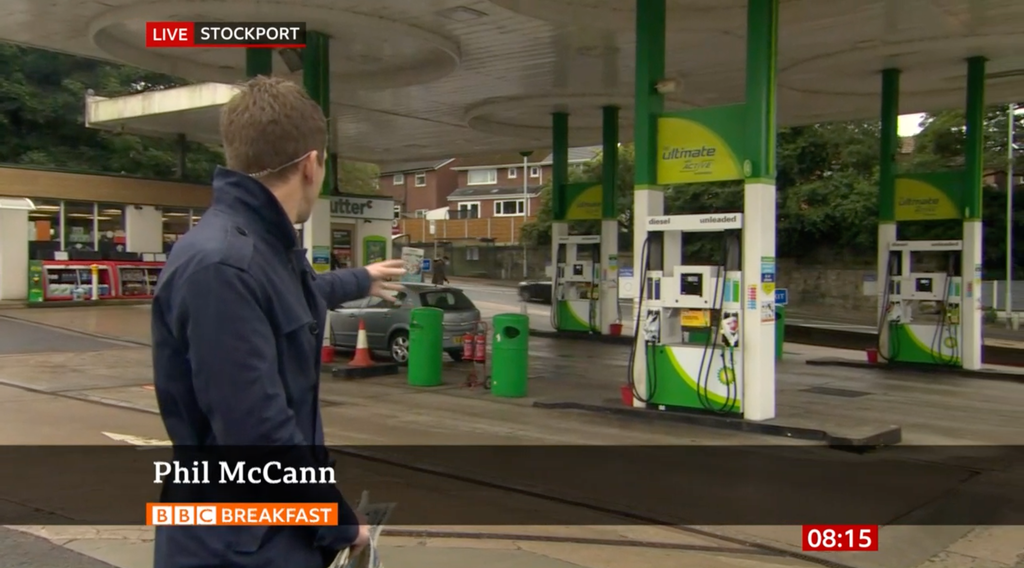 The “brilliant” moment BBC journalist Phil McCann reported on the petrol shortage has been pointed out by Twitter users online, in what some are calling another instance of “nominative determinism”.

After it was reported that some Shell petrol stations are running out of fuel – and BP, Tesco and Esso warned petrol levels were low as a result of a shortage of HGV drivers – McCann was at a petrol station in Stockport to give us the latest on supplies and the extent of ‘panic buying’ from the public.

Labels and plastic bags were placed on the pumps, and cars were shown pulling in only to drive away seconds later

“It’s very important to mention that this is not a shortage of fuel; it’s a shortage of drivers to deliver that fuel to places like this,” McCann stressed.

However, social media users were more focussed on the name of the reporter, which seemed like the most perfect coincidence:

When the social media reaction was pointed out to him by the BBC Breakfast presenters on Saturday, McCann replied: “Nominative determinism, isn’t that what it’s called, Jon? I saw it on Twitter, it was like being back in year nine, but there we go.

“I would never fill a can in the back of my car with petrol, as apparently some people have been doing. That’s not the kind of thing I would do. Panic buying very much discouraged, but of course it hasn’t made a difference to places like this.”

‘Phil McCann’ has since gone on to trend on Twitter.