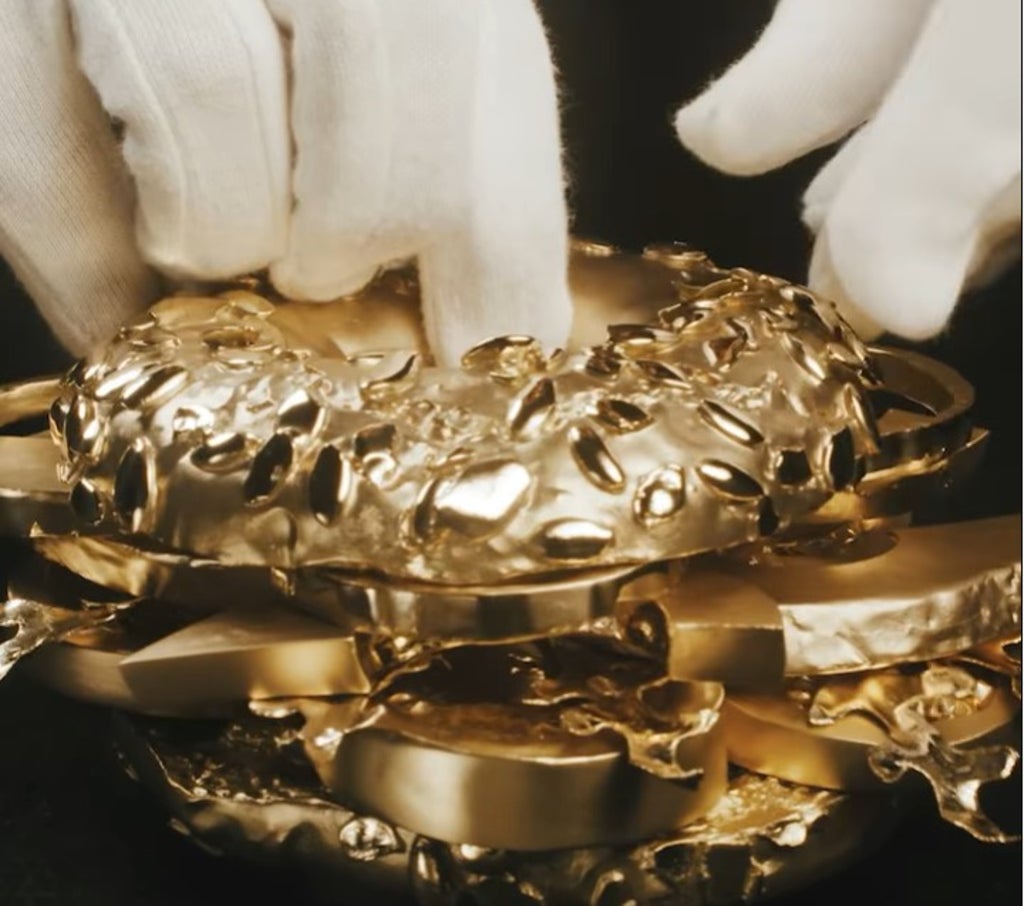 Avocado on toast can really break the bank but this one is really taking the p*ss.

Tim Bengel is a German contemporary artist selling a solid golden pumpkin-seeded baget with rocket, tomato, onion, and avocado for $3 million. He says it represents the millennial generation.

The bagel, which obviously isn’t edible unless you fancy knocking a few teeth out, is entitled “Who Wants To Live Forever?” and has 27 individual parts that amount to 12 pounds of 18-karat gold. According to the artist, one slice of avo costs $14,000.

He posted a video on Instagram claiming that he 3D-scanned a real bagel, which he then ate, to create the artwork.

“For me, the avocado is one of the symbols of the Millennial generation. And I want to capture the zeitgeist in this work.”

In another post after its release, he added: “It’s been a wild five days since the release of my sculpture. Much love, much hate, much discussion. I’m excited to see how the journey of the work will continue.”

If you have a spare $3 million lying about then you can purchase the bagel by contacting the Galerie Rother in Wiesbaden. Or you can buy some real avocados. It’s up to you.