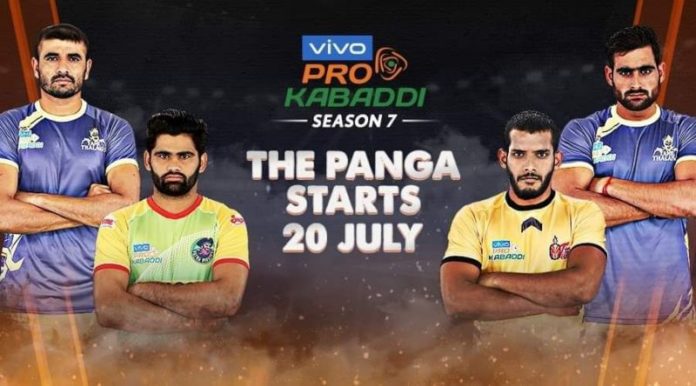 The Pro Kabaddi League is back again with a brand-new season. The invention of the league concept has given a new life to Kabbaddi not only in India but other Kabaddi playing nations like Iran, Bangladesh, Korea, etc.

This is the seventh edition of Pro Kabaddi League, considering the immense success the previous seasons have achieved this season is expected to take the baton forward and set new viewership records.

Details of the tournament

This season will go on continuously for 45 days. The season opener will be played between the Fazal Atrachali led U Mumba and the Abozar Mighani led Telugu Titans. Both the Iranian defenders will face each other in the opening game of the season.

The defending champions Bengaluru Bulls will also feature on the mat contesting the second match of the day with Patna Pirates. This match will witness a battle of the raiders, with Pardeep Narwal and Rohit Kumar captaining the two sides. 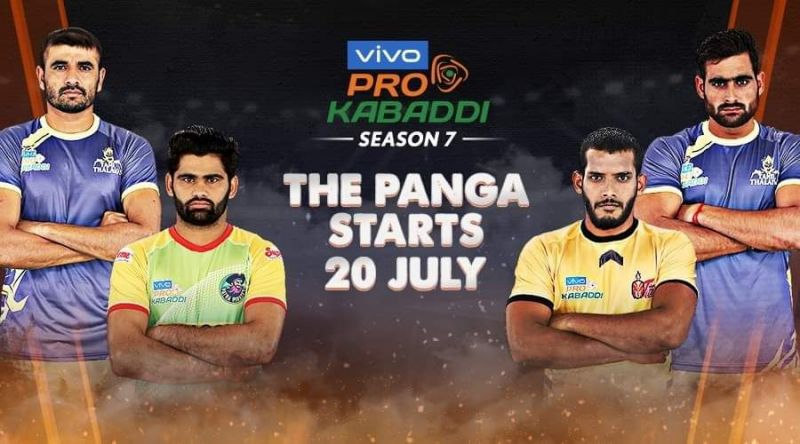 This year as many as 12 teams are participating in the tournament. The tournament will be played in the different leg, in each leg the home team will battle it out against the other teams in that group.

Attractions of the season

The poster boy of PKL Rahul Chaudhary is all set to play for a new franchise namely Tamil Thalaivas.

All eyes will be on the U Mumba lad Siddhart Desai was on top of the raider’s leaderboard last year.

It will be interesting to see how the Jaipur team will play without their experienced captain, who took retirement before the announcement of the season.

As the season will progress we will find out whether Pardeep Narwal is able to replicate his one-man show this season also.

This season we will witness some of the biggest Kabaddi stars from different countries. Like Jang Kun Lee and Deon Geon Lee from Korea, Abozar and Fazal from Iran, and Ziaur Rehman representing Bangladesh.