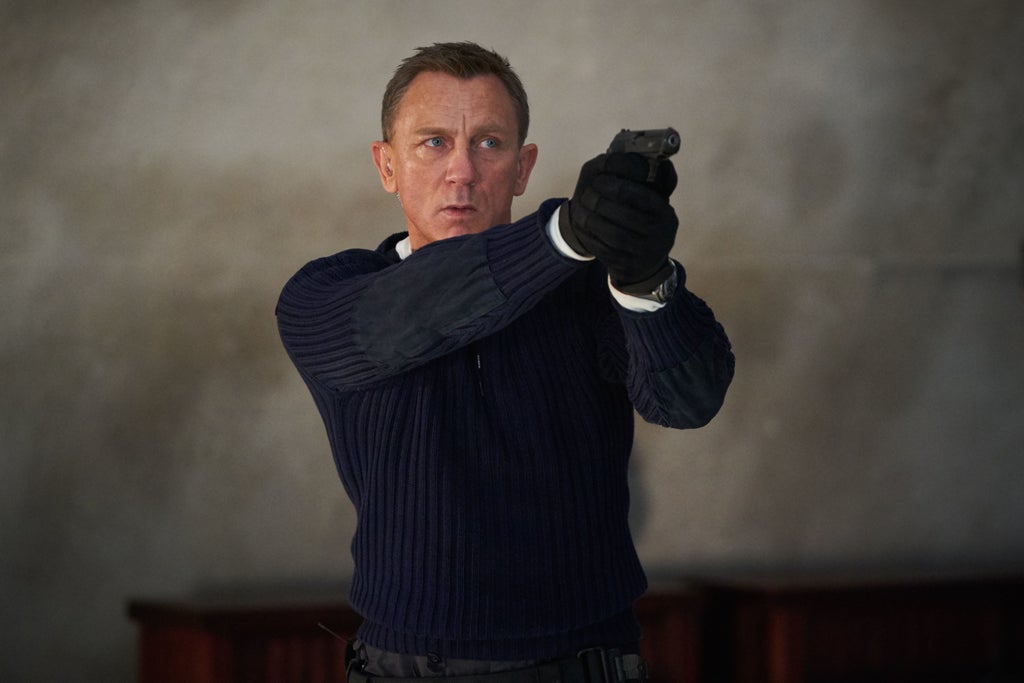 Daniel Craig has been playing James Bond for 15 years now but his run as 007 is coming to an end with his final outing as the iconic agent being released in cinemas this week.

No Time to Die will be the fifth time that Craig has played Bond, making him the third longest-serving actor in the role behind Roger Moore and Sean Connery.

Craig was able to avoid the clichés of Bond and bring a cool sophistication to 007.

The majority of his Bond films received positive reviews from critics. They ranked in both the top 4 Bond movies for domestic and international revenue, after inflation.

When you adjust the revenues to account for global inflation, the only Craig films in the top ten are Skyfall and Casino Royale, which shouldn’t be sniffed at given how many beloved Bond movies there have been over the decades.

However, Craig’s relationship with the character has always been a little tumultuous, with Craig not always seeming like he is enjoying the role. Whereas at other times it felt like he couldn’t get enough of it.

So, to mark Craig’s big farewell to Bond brand here are nine of his most blunt quotes about the franchise.

Craig quickly won over audiences in the lead up to the release of Casino Royale in 2006 with this promise of giving his admirers a bit more eye candy.

Craig gave this quote to TimeOut in 2015 in the build-up to the release of Spectre and whether he would be returning for another film. This is still the most controversial statement the actor has ever made.

“To be completely honest, I was thinking, ‘I don’t know if I can do another one of these.’ I finished filming Spectre with a broken leg. To your point about being in my fifties now, I thought, ‘Do I have this in me? Do I want to go through all of this?’ I needed a break.”

In regards to the aforementioned quote, Craig recently told the Radio Times that he regretted the remark and was just to emphasise that he needed some time off…in a slightly passive-aggressive way.

“I’m not very cool. I’m not the coolest human being. I wish I was, but I’m not. And I don’t pretend to be cool. But playing James Bond, you have to be cool, and what the hell is cool? You could write a dissertation on it!”

Not cool, Daniel Craig? We’re not sure about that.

“Look at people like Seth Rogen and people who make those movies. A lot of that is improvisation. They’re funny people, and I’m not used to doing that sort of thing.”

Craig clearly doesn’t think much of his comic timing but anyone who has seen Knives Out would beg to differ.

“I know that how Bond wears a suit and walks into a room is important. But as an actor, I don’t want to give a f*** about what I look like! So I have to play with both things.”

Craig may be right about this one. See his haircut in Our Friends in the North for reference.

“There was a conversation at one point that went: ‘Let’s film two movies back to back.’ I just went: ‘You’re out of your f****** minds.’ In the nicest possible way. They’re just too big.”

Here is another quote from that infamous Time Out interview. Daniel Craig is one man. He can only do so many things.

“Literally, I’d say two things. Firstly, it’s your decision. Don’t listen to anybody else. Well, do listen to everybody, but you have to make the choice at the end of the day. It’s your bed to lie on. And don’t be s***! Don’t be s***. You’ve got to step up. People do not make movies like this anymore. This is really rare now. So don’t be s***.”

Craig’s advice for the next actor to take on the Bond mantle is pretty clear and to the point, to say the least.

When speaking to the Red Bulletin in 2015, Craig made sure that we shouldn’t be putting Bond on a pedestal or amongst our role models.

“A lot of people here worked on five pictures with me, and I know there’s a lot of things said about what I think about these films or all of those, whatever. I’ve loved every single second of these movies, and especially this one because I’ve gotten up every morning and I’ve had the chance to work with you guys. And that has been one of the greatest honours of my life.”

Craig made these comments after he wrapped up shooting on No Time To Die and we’d guess that a small part of him is probably going to miss playing Bond.